We Have Phone and Internet Again!!! 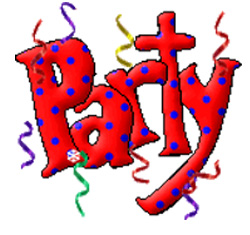 And yes, there’s a funny story to go along with it (there usually is with a crew of goofballs like us!)

Second Son and I were sprawled out in the living room watching “The Guardian” and Oldest Son had just come in from his girlfriend’s. I had a pot of bean soup simmering on the stove, and was waiting on the end of the movie to make the requisite cornbread to go with it.

Oldest Son got up and went to the front door all excited and yelled out, “Ma – there’s an AT&T truck comin’ down the street!”

Second Son and I looked at each other and scrambled up and about pushed each other and Oldest Son through the storm door in our desire to see if Oldest Son was yankin’ our chains (he’s been known to do things like that, thinking it’s funny.)

Sure as shit – there was an AT&T truck coming down the street…and driving right past us to the corner. We all held our breath to see what it would do.

Lo, and behold – IT TURNED AROUND! At this point, we poured out the front door onto the front yard, I’m sure looking like crazed survivors on a deserted island, whooping and hollering our glee…until, once again, he drove right past us.

Again, we held our breath as we saw brake lights. He stopped! Two houses down! At this point, I turned around headed back in the house, frantically looking for shoes – any shoes! The boys followed me back in, at first thinking I was going back to the movie, then laughing, saying, “Look at Mom – she’s looking for shoes. She’s gonna go down there! Woo-hoo! Go Mom!”

Shoed and coated, I went out the front door – with the both of them on my heels. They were literally skipping, they were so excited, “Oh man – MySpace here we come!!”

I stopped and told them, “Go back. We can’t ALL go down there. He’ll think we’re going to mug him, or something.” To which they both replied, “We’re going, too. We want to hear what he says.”

He turned around and saw all of us coming and hesitated for a minute. “Uhhh…I’m not sure. Let me look. Uhhhh…no. 7349 is the one I’m looking for. Why? Are you AT&T customers, too? I saw you boys jumping around in your front yard when I came back up the street. Is your line down?”

I said, “Yes, our line is down. It’s down at the pole end, as a matter of fact, and I think the house end is still intact. And I have a pot of bean soup on the stove – I’ll give you a bowl if you come to my house when you’re done here.”

(Normally, I’m not one to try and bribe ANYONE with MY cooking, but it’s cold today, and I figured it might at least sound good to him.)

He said he’d come see what he could do for us when he was done and asked the boys to go stretch the line back as far to the pole as it would go. They turned and bolted for the house and I believe took the privacy fence in one leap.

I thanked him and walked back to the house as Oldest Son’s friend pulled up in front of our house to pick him up. We were standing in the front yard talking and the boys came out the front door saying, “Here he comes already!”

I turned and looked, and Mr. AT&T was turning around in the neighbor’s driveway and was headed for us. As he got to our driveway, we heard him laughing, “Ha-ha-ha-ha!!! I tricked you!!” and he drove right by us AGAIN!!!

Then he stopped in front of my neighbor’s house on the corner. He got out of his truck laughing his ass off. “I just wanted to see what you’d do if I tried to leave,” he said.

“These boys would have tried to chase you and I would have sat right down here in the driveway and cried,” I replied.

“Well, let’s see what’s what back there, ok?” he said as he walked around the house.

20 minutes later he was knocking on my back door saying, “I think you’re live again, ma’am.” I picked up the phone in the kitchen and heard the most beautiful sound I’ve heard since December 9th: DIAL TONE!!!

Second Son and I ran into each other running in here to my office to get online. I have never been so happy to see Google.com in all my life!

And yes, Mr. AT&T was sent on his way with a steaming bowl of bean soup. 🙂