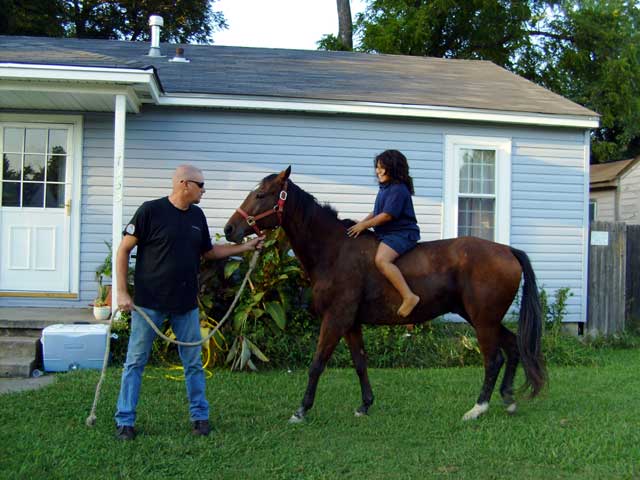 Oldest Son’s dad called this evening asking if PDD was home. I said she was. He told me he was coming by with a surprise for her. I asked if it was what I thought it was, and he said it was.

(There is a short little video of her ride around the front yard over there in the sidebar. That’s Oldest Son’s step-mom leading.)

To say that we were the spectacle of the neighborhood would be an understatement. People driving down the street were doing double-takes at us. LOL 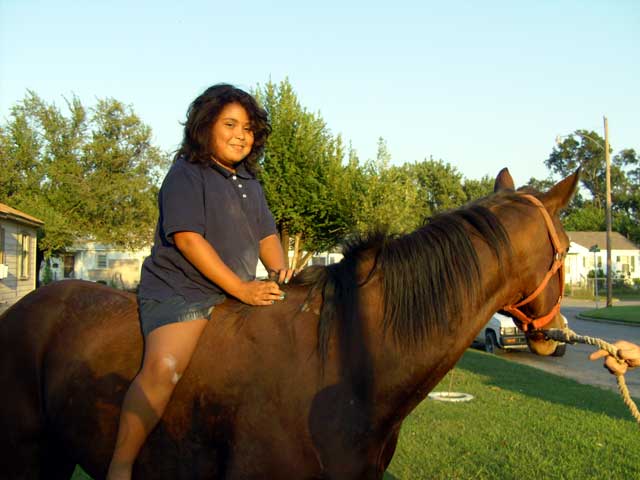 Don’t forget to count your blessings, folks. Divorce doesn’t always reduce the size of your family – sometimes it expands it.