Driveways have always been significant in our family for as long as I remember. It started with a picture of the winding dirt road driveway up the mountain in West Virginia atop which lived my Grandpa and Grandma (my dad’s father and step-mother.)

I don’t remember when (it was WAY back in my childhood) but someone, likely Mom, framed that picture and it’s hung in their home all these years. Each time we moved, special care was given to that picture to make sure it arrived in its new home safe and sound.

Unfortunately, I don’t have a copy of that picture. However, I have the 2nd generation of “Grandpa and Grandma’s Driveway”…my parent’s driveway “over the river and through the woods” east of Tulsa. 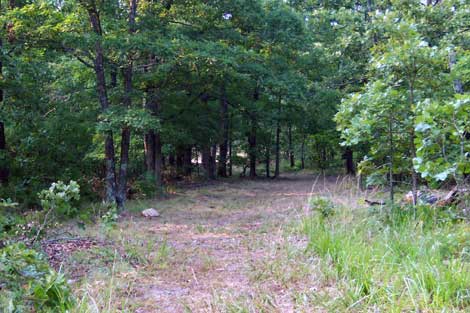 The picture above was taken before it actually became a driveway, but was merely a path in the woods off the dirt road that divides Mayes and Cherokee counties, before the house and shop were built later that year. Ironically, I am much reminded of the first “Grandpa and Grandma’s Driveway” picture when I look at this.

The picture below was taken during the first ice storm of 2007 (in January) that knocked out my parents’ power for 13 days in frigid temps. This picture is actually the opposite view from the one above – it looks from the shop down the driveway to the dirt road. 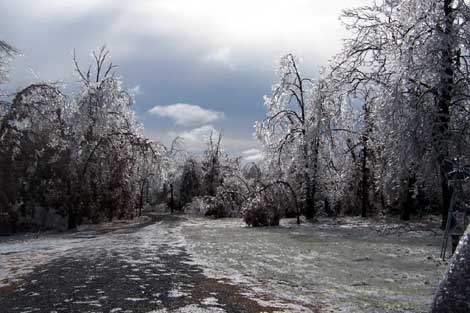 But isn’t it eerily beautiful?