Must Be Video Week Here 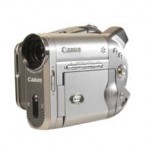 Ok, so there’s something afoot amongst my friends this week, or so it would seem. I got this video in an email from two different friends today.

If you’re old enough to like (and get nostalgic over) Billy Joel, you’ll like this video. This is not one of my favorite Billy Joel songs, but hey – you can’t pass up any Billy when it’s offered.

If you’re a history buff, you’ll like this video, as it’s 50+ years of history in pictures.

If you’re an impatient sort, then you’ll like this video because it is all of the above in less than 4 minutes.

We Didn’t Start the Fire

You have to admire how much work went into this, especially if you’ve ever created anything in Flash yourself. And the comments in between verses are kinda funny, too.

In other news, Castro has resigned…wow. Never thought I’d see that. Now, I’m not sayin’ Cuba’s gonna all the sudden become a democracy, or anything, but still…it’s significant.

Just take a look at any news website or TV news broadcast – all I can say is, “Holy shit…this little marble of ours might just implode with all this vibrational energy.”

Heard a blip today from the astronaut returning from the space station this week talking about how much he enjoyed living there, and how peaceful it is. I’ll bet. I wonder if he’ll be able to feel the tension we’re collectively generating down here and how far from the Earth will he be when (and if) he feels it?

Oy, I’m going to bed before I let on what a weirdo I really am. You guys would probably raise an eyebrow or two at the things that make me say, “Hmmmm…..”