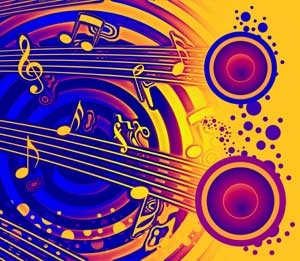 Since I fought the Monday but the Monday won, I figured today would have no choice but to be better. Right?

Today started off with a revealing conversation with New Man who crawled back out of the woodwork a week ago. He had disappeared for a couple of weeks, until I saw him at football practice a week ago Friday. And what does he say to me? “How come you haven’t called me? Did you lose my number?” Amnesia Boy should be his name, because he forgets HE’S he one that dropped off the face of the earth, and if he was expecting me to chase his butt down, OHHHH was he barking up the wrong tree! Ha! I made up my mind right then and there that I would die a slow, painful death before I punched his 7 digits into my phone, unless I was returning HIS call.

So everyday for the past 10 days (with the noticeable exception of this past Saturday) he has called, and the conversation has gone almost exactly the same every day:

Him: Whatcha doin’?
Me: Working. How’s your day?
Him: Where are the kids?
Me: Outside/In their rooms/On their computers. What are you up to?
Him: When are you going to be done working? We should get together tonight.
Me: (I give an approximate time.)
Him: Ok, I’m gonna call you back then, ok?
Me: Ok.

We hang up. He doesn’t call back. The whole thing happens over again the next day. He gets points for consistency, I guess, but the sum total of time I’ve spent talking to him, I kid you not, has been less than 5 minutes the entire week. He’s like some kind of Kamikaze conversationalist on the phone. I’m thinking this is weird, but at the same time, it’s no skin off my nose because I’m busy and not pining away in the least.

Last night’s version was a little expanded in that he was contemplating mowing the lawn and trying to determine if it was still too hot outside. He asked me what I thought and I said I didn’t know because I had the good sense not to go out in 100 degree heat. So to that he said, “Well, I guess I’ll wait and do it in the morning. I took the day off tomorrow, so I’ll do it then. When are you going to be done working?” And the conversation continued per the established pattern from there. At 11:30pm last night, it was still 90 degrees outside. I know, because I ran to the store to get some milk for breakfast this morning and was aghast at how hot it still was.

So, this morning, since he once again did not call back last night, I called New Man at 7:30am. Evil? Yes, I admit it. He had taken the day off, but he also said he would be up doing the lawn in the morning, and if it was 90 degrees at 11:30pm last night, I figured he’d be up, or I’d be doing him a favor waking him up because it was supposed to (and did) reach 100 again today.

He was up already and thanked me for thinking of him and calling to wake him so he wouldn’t stroke out in the heat, but he had gone ahead and mowed the lawn last night. Then he started with his usual ‘where are the kids?’ and I said ‘in bed’ and he said he should come over and give me a little lovin’. I was like – what???? Without even taking a breath, he said we should go somewhere and spend the whole day in bed because I seemed cranky and probably needed to get laid.

If I could have jumped through the phone and choked him, I would have. Instead, I lit into him about why in the world would I jump through all the hoops I would have to jump through to pull a whole day away from here (doing anything!) off to spend the day in bed with a knothead who can’t spend more than 30 seconds in conversation before saying he’ll call me back later and later never comes? Please!

But that conversation set my mood for the morning, for sure. I refuse to believe that all men are just after one thing but the evidence I have to date does not support that theory.

New Client to the Rescue…almost

I tried all morning to be productive, but never really made it until around noon a new client finally got me the information I needed to finish up the first part of their project. I almost cried in relief. I got them taken care of and decided fooey on trying to apply my brain to anything else work-related and took the kids to the library.

After the library, and still not feeling ‘right with the world’, I decided to be a glutton for punishment and take the kids to the mall because Second Son HAD to have this particular kind of socks for school that only this one store at the mall had available, and I also needed to quit avoiding the whole topic of school clothes for PDD and JCPenney was probably the only place I had a shot in hell of finding uniforms that would fit her without paying an arm and a leg for them. I figured the day was already shot, so what the hell…

Only the incredulous look of shock and amazement on the kids’ faces would really convey to you how much I really hate going to the mall. To say they were surprised would be a gross understatement, but it worked to my advantage because they were good as gold the entire time we were there.

I’m happy to report God was smiling on me as waiting at JCPenney, just for me (I’m sure of it), was the nicest sales clerk I’ve had the pleasure to deal with since I don’t remember when. She didn’t have one pair of pants, shorts, or capris in the store that would fit PDD, but together, we figured out what size is required, and she told me she would order them from the catalog, I’d get the sale price and free shipping to the store. Then, if I brought PDD with me to pick them up, I could try them on her right there in the store and if they didn’t fit, I could take them immediately to the catalog counter and return them and either get a different size or my money back. So, we now have two pair of shorts and two pair of capris, one each in navy and khaki, on their way to the store, and I’m only out $63.

Instead of coming home and getting to work (even though I have plenty awaiting my attention), I decided to take a lesson from both yesterday and the nice sales clerk experience and spend this evening lounging in front of the TV. I have hours of interesting recorded things to watch and catch up on, and I need to watch and delete some so there’s room for what’s coming in the next week or two. Since I so rarely watch TV, my DVR gets full fast, especially since the kids have figured out how to record things.

So, I’m off to catch up on the new episodes of Meerkat Manor, Saving Grace and this new show called The Cleaner. See y’all bright and early, bright-eyed and bushy tailed, ready for a productive day tomorrow!