Monday, Monday, So Good To Me

In Oklahoma, In the Office, Living Life

I had such a great day today! And today’s the full moon, no less! How cool is that?? 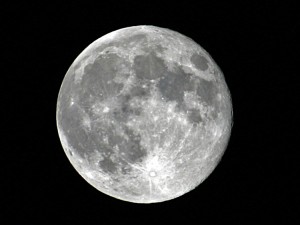 First, I had my annual OB/GYN appt this morning at 9 and of course, the first thing they want you to do is step up on the scales…I have lost 4 pounds since I was in their office a month ago. That’s always a nice way to start off a doctor appt! Then, my blood pressure was exceptionally good, and they went ahead and drew a tube of blood for glucose and cholesterol tests because last year they were a bit off. I’ll find out about those by Friday, the nurse said. Lickety-split later, I was be-boppin’ out of there armed with some information about a new kind of birth control to consider when my Depo shot is due in July, and…

…a little baggie of condoms for Second Son.

But, I had decided to be ‘brave’ and ask them some questions like, “Is there such a thing as an OB/GYN equivalent yearly appt for guys? And can you arm me with some information I can use to discuss being sexually active and his responsibilities to himself, his health and any partners (he will have in about a decade when I let him back out of his room to see the light of day, much less a female…) he might have and their health.”

Folks, I don’t think Second Son is sexually active yet. But…you’ve seen pictures of him – he doesn’t look 14, either…and given the fact that he’s got girls from 9th all the way to 12th grade chasing him…well…I’d rather him be prepared and informed so he can at least be responsible about being irresponsible, ya know? (Aaacccckkk! My baby boy!)

So, even in spite of this bit, I was still be-boppin’ outta there…

Came back home, got some laundry going…plowed through the ol’ inbox….

And then proceeded to have the best two coaching/consulting appointments with web clients! I just LOVE how, thanks to one of my clients who initially asked (she’s so cool…and she visits here, so she’ll know who she is…hi!), more of my other clients are wanting to take advantage of my coaching skills, too, as if they heard her ask, or something… lol (She and I would both probably agree they did, though not literally…but that’s a discussion for another time. I know she’s chuckling with me right now…)

And to top it all off…it got to 94 (according to the weather man) and 99 (according to the temp displayed by my car when I was out picking up Second Son from football practice)…suffice it to say, it was freakin’ HOT here today!…and…

I still haven’t turned on my A/C and we haven’t melted!!!\

I know my days of this are numbered, but I tell you what, I am SOOOOO enjoying this no central air thing right now!

Monday, Monday, so good to me….

Keepin' it real in the bloggerhood,

If you want to keep up with all this craziness, sign up for delivery via email! Yes, just like the pizza place, I deliver. But unlike pizza, this blog won't make you fat. Feel free to read as much as you like.