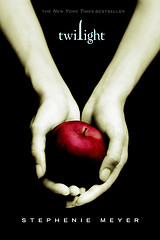 I am incredibly late to the Twilight scene. Until PDD’s birthday back in May, I had never heard of Twilight, certainly didn’t know it had become a 4-book series, and was only peripherally aware that there was a movie made.

Ok, so I live under a rock in many ways. I admit it.

But when PDD asked for everything Twilight for her birthday, I started asking questions. My book Diva friend had taken her 14 y/o daughter to see the movie, I remember being told, so I called her for a review. She said PDD would probably love the movie and it was ok to get for her. So, I did.

I watched the movie with PDD and thoroughly enjoyed it. Took me back to my own teen angst (not entirely different than 45-year-old angst, unfortunately) and now I must admit being as happy to have the big 28″x36″ framed Edward poster hanging on PDD’s bedroom wall as she is. (Y’all…don’t you dare tell on me! It’s just not right for a woman my age to drool over a boy like that. Shhhh…..)

Two weekends ago, we drove up to KC to spend the weekend with my friend, assistant, sanity keeper and fellow Twilight-fan, Tracy, and she sent me home with the first book. I read it in an evening. Then the next day went and bought the next two, New Moon and Eclipse… 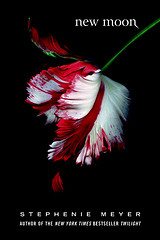 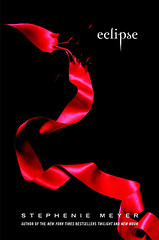 …and read them last weekend.

I can’t tell you the last time I’ve read 1,500 pages that fast. Whew! But they are good…and likely because it’s been so long since I’ve read something merely for enjoyment (and I’m talkin’ like at least two YEARS) I couldn’t put them down. Knowing I would not be a reasonable woman and get any sleep, I told myself I wasn’t allowed to go back and get Breaking Dawn until this weekend, after I’d worked like a good little entrepreneurial girl all week long. 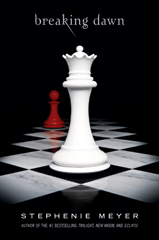 In the past week, I’ve read reviews of this last book, and again asked others their opinion of it…and I get mixed messages. Reviews say things like ‘everyone gets what they want without too much sacrifice’, which is not at all like the first 3 books. Tracy said she likes the 4th one, Karen says the last one left her flat.

Up to now, I have only one major bitch about the series, and it’s one I have about most books anywhere near the romantic/drama category (and don’t you worry, I’ll be going off about that in another post soon, you can bet your sweet bippy.) I’m leery of ruining the whole series for myself by reading something potentially disappointing.

But…then again…I just have to know if Bella ever gets to be a vampire. And don’t you DARE tell me in the comments! I’d hate to have to hunt you down…