As an Apple Fan 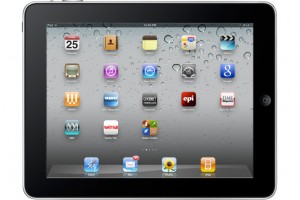 I have been drooling over iPads for a year now. I got my first Mac on March 5th of last year and fell IN LOVE immediately. The iPad was coming out in April, and I seriously thought about buying one then, but decided to upgrade my cell phone to an iPhone, instead. You see, the previous 4 years I’d had a laptop, and wasn’t quite sure I wanted to be tethered to my desk completely again. But an iPhone would allow me to get my email away from the office, so I settled for that and have been quite happy, except…

…when I’d hear of yet another person getting an iPad. Then, the green-eyed monster would rear it’s ugly head again, and I’d second guess my decision again.

So, I thought I’d get myself one for my birthday in June. That didn’t happen. Not enough extra funds to feel good about the splurge.

So, I thought I’d get myself one for Christmas. That didn’t happen. November was a thin month money-wise, and December just straight sucked, so no splurge for me.

So, I decided I’d get one with my tax refund, if I got one. Which I did, yay! And then, just as I’m deciding to finally get one, they announce the iPad2. Once again, what to do…what to do?

Then, last week I found out the price of the first generation iPads went down by $100 across the board after the announcement of the iPad2. That was all I needed to know.

Yes, I know the iPad2 has FaceTime, and a camera, and video…but those things aren’t why I wanted an iPad in the first place. I wanted one to be able to read my Kindle books curled up in bed. I wanted a touch-keyboard I could actually type on without making 1,000 mistakes so I could really process email away from the computer without giving up in frustration. I wanted to blog late at night (when my thinker REALLY kicks in) again, curled up in bed.

I can do all that for $100 bucks less on a first generation iPad, so that’s what I bought just one day shy of my iMac’s anniversary: March 4th (last Friday.)

This is my first post written on my iPad. In my jammies, curled up in bed.