Father’s Day is always a day of mixed emotions in my house. My oldest has a relationship with his father, and is now a father, himself. My middle child has no relationship at all with his father, and gets quite pissed off if you refer to him as that. He’ll tell you in a heartbeat, “I have no father…I have a sperm donor.” And my youngest has a sometime-y relationship with her sometime-y father, who happens to be sitting in the Tulsa County jail right now…for? Not paying child support. Not over her, but her older brother and sister. And somewhere along the way, I’m left wondering how come I’m not getting any father’s day cards…surely I’ve earned one or two over the years?

A friend bought me Bill Cosby’s book, Come On, People for Christmas. A line, early on in the book, hit me between the eyes:

But as much as mothers love their sons, they have difficulty showing a son how to be a man.

Intellectually, that makes sense to me. But in practice, it doesn’t. I might not be able to show my sons what it means to “be a man”…but I sure as hell can (and do) show them what it means to be responsible, caring, accountable, loving, generous and strong. 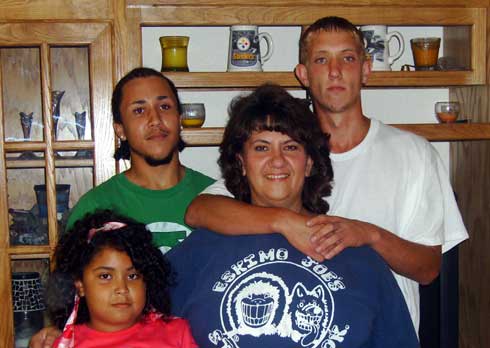