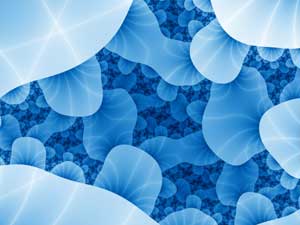 That even sounds bad, doesn’t it? Well, let me assure you – it IS bad. Not fun, either. But it’s how I spent my weekend. You?

Everything started off ok…we (PDD and I and her friend) went to Second Son’s football game Friday night. Oh! I almost forgot! We were on the news, the 3 of us! Yep – Hollywood’ll be calling next week, I’m sure.

(As much as I’m sure you want to get to the details of my dysentery, let me soapbox a little about this experience. Just a little…I promise.)

Ok, so we’re at the game, well before it’s set to start, sitting near the admissions gate advertising our just-in-from-the-screen-printer Booster Club t-shirts…completely minding my own business. (Yes, I was so!)

Out of the blue, here comes this guy dressed in a suit and tie, minus the suit jacket holding a microphone, followed closely by a guy with a FOX News camera. Oh shit…he’s headed straight for me and the girls, and don’t you KNOW the last thought I had before I left the house was, “Makeup? It’s just a high school football game…nah….” (Note to self – you so rarely think about makeup, catch a clue that the odd occasions when it does cross your mind, you should probably go ahead and slap some on…just out of respect for your 6th sense.)

He’s asking me if I would talk to him about whether I think 6 police officers are enough to provide adequate security at a high school football game. I said, “Oh, you probably don’t want to talk to me, then, because this is my first high school football game since I was in high school!” (Wow…4 years of football games with Second Son under my belt, and it truly was about to be my first bonafide high school, Friday night football game in forever.) I continued, “Catch me after the game and I’ll tell ya.” He said that would be too late because they air at 9pm, so would I mind talking to him anyway?

Ugh…can’t get this guy off of me…

Then it dawns on me why he’s even there asking these questions…the week before, at the All City tournament, which we did not attend because Second Son had a bad head/chest cold, a fight broke out during the game between our school and our major rival, the Booker T. Washington Hornets…against whom we play our first home game on the 12th.

Ahhh…rabble-rousing reporting…yippee-ki-yay. Now I understand why I hear so much about FOX News being so tabloid-ish…here he is wanting to stir up some shit with a parent who doesn’t even have an informed opinion about the topic on the table. So…I decided to do my best to be uncooperatively unprovokable so as to be edited out. I got on my soapbox about ill-behaved children being allowed to run loose and how if my offspring ever acted out of line at a game that’d be the last game they attended, etc., etc., and how all of us adults attending these events have a responsibility to keep not only our own kids in line, but all the kids in general because we’re the adults and we’re supposed to set the example and enforce the rules, etc., etc.

He asked me how I would go about doing that and I said, “Honey, I substitute teach here. Most of the time, all you have to do to get even the biggest, baddest thug-wannabe to settle down and behave is throw them the look and not let up until they comply. They want you to get ignorant with them, but if you command respect, you usually can get it. They want attention when they’re acting out, but not that kind of attention – it draws attention to the fact that they’re the one out of line and then they’re sticking out like a sore thumb. Plus, seeing someone in control of themselves instead of trying to one-up them is the exception for them, not the rule. The look makes them nervous.”

He thanked me for my comments and left to find other prey.

By half time, we were skunking our opponent 39-0, and it was 8:30 and the girls wanted to go home and see if they made it on the news, so we came home. Wouldn’t you know it? Of all the people they interviewed (and I know of 3 other parents and two police officers) they only used comments from me and one of the police officers. I was pleased, however, and FOX News somewhat redeemed their reputation with me because the overall message of the piece was that both school officials and parents want Friday night football games to be a fun event for all and that if your kids can’t behave, keep ’em home, cuz we won’t play when they get to the game and act up. They’ll be arrested, or escorted out and not allowed to return. And this mom will be throwing them the look. LOLOLOLOL

Saturday was rather uneventful except for me losing my natural mind and saying “yes” to PDD having not one, but TWO friends spend the night. But we were makin’ it ok and I got them settled down at midnight and went to bed myself.

At 4am, I’m not sure which woke me up, actually: the girls standing next to my bed immediately following a loud clap of thunder, or the immediate mass exodus of everything in my stomach and intestines in both directions.

Needless to say, the girls had to wait……

When I came out of the bathroom, they asked if they could turn the TV back on in the living room (where they were camped) so they wouldn’t be afraid of the storm, and I’ll tell you what, they could have asked me if they could run naked in the street for all I heard, because I immediately did a u-turn and lunged back into the bathroom. They took that for a “yes.”

By 6am, just before sunrise, I was praying for death by any means other than the one seemingly underway, and there was a veritable P-A-R-T-A-Y going down in my living room. In what was later described as my best Linda-Blair-Exorcist impression to date, I told them to turn everything off, lay down and go to sleep, which they mercifully did until 9, so they tell me.

I cannot confirm or deny because the last time I saw my clock it said 8:53am. I slept until 11:30 when Second Son came in and asked me if I was getting up. Apparently the girls had informed him of my early morning antics, so he was not surprised when I said, “No!” and ran for the bathroom.

Dehydration-induced gout had set in by now and I truly felt as if I’d also been in a bar fight the night before. Every bone in my body ached and what little time I spent in my bed (instead of the bathroom) was painful as hell. By 4pm, Second Son, who’d stepped in and handled breakfast and lunch for the girls came in to say the one girl had gone home and the other girl’s mother was asking if PDD could go to their house to swim and then go to evening church with them. I drug myself out to the living room, explained that I had quarantined myself in my room and why, and barely gave my permission and thanks but had to run back to the bathroom yet again. I heard her telling Second Son she’d bring PDD home after dinner and church.

After they left, he brought me some ibuprophen, water and saltine crackers and told me to not argue, but to take the meds and get something in my stomach because (and I quote LOL), “From what I’ve seen today, I’m pretty sure you’re running out of things to puke and poop by now.” So I did as I was told and within 30 minutes, I was out cold.

PDD woke me up at 8:30 when she returned and told me she’d take a raincheck on the hug and kiss goodnight because she didn’t want to be sick like me.

I scored some major daughter points by remembering then to call my parents and wish them a happy 45th anniversary. They told me I was the only one of the 4 of us to call so far, so I immediately called Baby Sis and got some sister points by reminding her to call so she could be second in line. I don’t know if Sisters #2 and #3 ever called, but they’re long distance and 22 more digits was more than I had in me at that moment. I hope they did, or remembered today, at least.

After downing what felt like a gallon of water, I drifted in and out of sleep until about midnight when I think Oldest Son came home, finally. At 2am I heard someone knocking at the front door, and staggered to the living room in time to see Oldest Son pulling on a shirt and heading out the door. I don’t know where he went, but I suspect it was back to Ex-Girlfriend’s mom’s place. Whatever…I went back to bed.

Today was a tad better…the puking has stopped, but unfortunately, the “other exit” is still flashing it’s red light. I predict it’ll be a couple days for that one to shut down thanks to IBS. I was able to get everyone off to school ok and managed to get a little work done, and even went to Second Son’s JV game without catastrophe or embarrassment, so maybe tomorrow I’ll even be able to have some coffee. Maybe…