Yesterday (Saturday) morning, we got up early and met my BFF Patsy at IHOP for breakfast at 8. 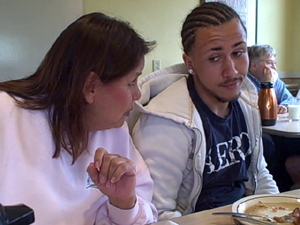 After breakfast, we came back here to the house and filled up Patsy’s pickup truck with crap from the backyard and took it to the city dump.

Because of all the rain we’ve had, we did not attempt to remove the old liner from the pool, so we’ll have a second dump run to do in the coming weeks, but we made significant progress on the reclamation of the backyard. 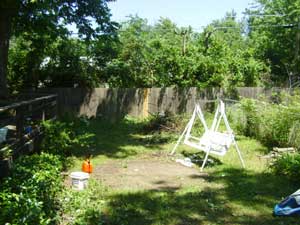 Overhanging limbs cleared from back fence.

Later in the afternoon, Oldest Son cut and trimmed all the overhanging branches from the trees growing behind the fence along the back of the yard, so now we have probably a third dump run to do. He also trimmed the privet bush 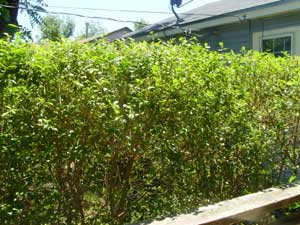 Privet bush all trimmed and pretty.

and the shrubs alongside the pool deck, so it’s looking a lot less like backwoods country out there. 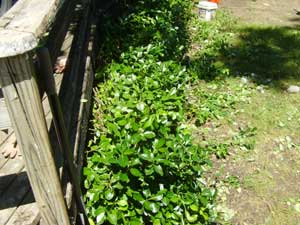 Shrubs along the pool deck trimmed way back.

And last, but not least, he transplanted a flowering bush (the name of which I cannot remember) underneath my bedroom window. 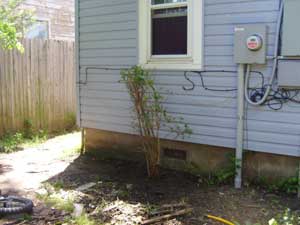 A flowering bush under my bedroom window.

He’s got an azalea bush to put back there, too, but he ran out of time yesterday. I’m guessing he’ll put that in when he gets home from work today. When I dropped him off, he told me he’ll be bringing a bunch of Egyptian grass home with him today, and I’m to figure out where I want that to go.

This erratic job he’s got working with the landscaper dude does have its merits.