It’s 10:30pm on Sunday night, and I’m sitting in my office with my two sons. We’re each kind of doing our own thing, but we’re doing it while carrying on a conversation…relating…BEing together. We just finished watching “I Am Sam” starring Sean Penn. We’re all kind of catching our breath.

A hundred different thoughts are vying for my attention, but as if I’d stepped outside of myself and am looking on, I’m struck by the moment. It’s quiet, it’s calm, and there’s a palpable question in the air for each of us. I only know for sure my own question. I can only imagine theirs.

“Do they, either one, have at least one memory of me filled with as much unmitigated joy as the soccer scene at the end of that movie?”

If I try to imagine not their questions, but their answers to mine, my heart begins to race.

For me, living an authentic life means showing up for what is…whatever that is. I know I have control over only myself, and sometimes even that is iffy, so it takes a certain amount of courage to get up each morning and attempt to live this day awake and aware. Because when you pay attention, when you engage, you feel. And my, haven’t we all spent a lot of time trying to avoid that on our paths to here…

I wonder sometimes if everyone else who wakes up and starts living their life on purpose has this same heart-racing, breathless feeling as frequently as I do? Or am I just still getting used to it? Is it even something I want to get “used to”?

I know this much: Living this way is much more difficult, in many respects, having lived the more recent years of my life on the run trying to dodge it. I don’t know if everyone arrives at awareness worn the hell out, but I seem to have. I wish I could say I didn’t know what was happening the whole way through, but a part of me did. A part of me is now sitting, not in judgment, but in understanding sprinkled with just a tad of “it’s about damn time” of me. I can’t even be mad about it. I get it. I was there.

When I hear people describe this as “vibrating at a higher level”, I think to myself, “Damn, they’re not just whistling Dixie! This is something else!” In my mind’s eye, I imagine waving my hand, faster and faster, and faster still…trying to vibrate it at a higher level. I wave until I’m sure it’s going to fly off my wrist, but it feels like hard, hard work. Nothing like this “being in the flow” stuff.

But I’ve had that experience, too. And its different. It’s what I imagine my hand would feel like if I could wave it just a tiny bit faster. It would cease to be work and feel more like a jet taking flight. The hard, hard work of going against the forces of nature would be done and it would be in that flow. 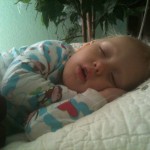 So, living an authentic life requires sleep. It requires I take better care of myself, be kinder, slow down. I must remind myself that I am no longer on the run. That I can take a deep breath. Resting is no longer against the rules.

Living with awareness is a whole different ball game.